Virginia wines are made from grapes picked directly out of Virginia vineyards. The state of Virginia produces 58 grape varieties. Some of which are gaining national and international notoriety among wine critics and wine lovers alike.

Since the beginning of European colonization, Virginia has been trying to compete with Europe in the wine industry. After centuries of hard work and determination, Virginia has developed a wine country capable of handling its own. 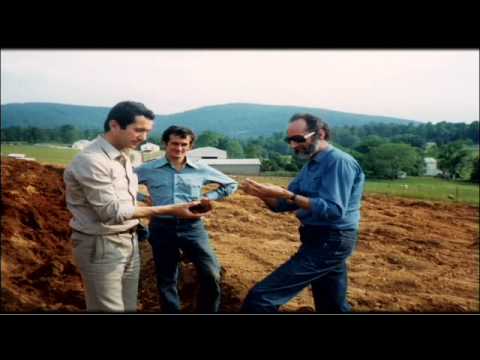 Virginia’s wine country was built from the multiple vineyard trials of English settlers and two U.S. presidents — George Washington and Thomas Jefferson. The legacy began more than 400 years ago in Jamestown, Virginia.

Hopeful English settlers wanted to make Virginia a major wine exporter for the British Empire. Their efforts led to the creation of a law in 1619 that required every male settler to cultivate at least 10 vinifera, or European vines. However, their attempts to grow vinifera were unsuccessful due to pests, like Phylloxera, and diseases found in a new environment.

Eventually, Americans lost interest in winemaking, and with the lucrative tobacco trade, the British were not interested in American wine. Europe continued to flourish in the wine industry, while America continued to lead with beer, brandy and whiskey.

Thomas Jefferson never lost the vision of Virginia producing fine wines. For more than three decades, he cultivated European grapes in the vineyards of his Monticello mansion. However, his vineyard trials never produced any wine.

Jefferson was not the only president who wanted to put America on the map by way of Virginia for producing fine wines. George Washington grew vineyards on Mount Vernon for 11 years, but never produced a single bottle of wine.

Virginia finally made its mark in the wine industry with wines made from Native American grapes in the 1820s. By 1873, the Vienna World’s Fair named a Virginia Norton wine the “Best Red Wine of All Nations.” Success continued in 1889 when a Norton wine won a gold medal at the Paris World’s Fair.

Once it was discovered that Native American and European vines could be grafted, Virginia’s wine country was slowly becoming a reality. However, Virginia winemaking came to a screeching halt in the early 1920s because of Prohibition.

In the late 1950s, experimental plantings of vinifera met with great success. By the 1970s, six new Virginia wineries had been established. Additionally, the dream of creating a European chardonnay became a reality in 1973 at the Waverly Estate in Middleburg, Virginia.

In 1976, Gianni Zonin, Italian Vintner, enlisted the assistance of Gabriele Rausse to grow and harvest vinifera near Charlottesville, Virginia. Later, Rausse established the Barboursville Vineyards, and assisted other vineyards across the state with cultivating vinifera.

Virginia’s Wine Country At A Glance

Today, Virginia is a strong competitor in the wine industry. Virginia vineyards have produced popular, award-winning fine wines, such as Chardonnay, Cabernet Sauvignon, Viognier and Cabernet Franc. Virginia wines are quickly becoming favorites across the globe by wine lovers.

Recently, Bruce Schoenfeld of Travel and Leisure magazine named Virginia as one of five promising wine regions that traveling wine enthusiasts should visit.

Another praise about Virginia wines was mentioned by a reviewer in The Atlanta and Constitution, “Virginia is making Cabernet Franc and Viognier wines that are world-beaters.” The compliment was actually cited from the wine critic, Paul Luckas’ Saveur article that praised two Virginia Viogniers.